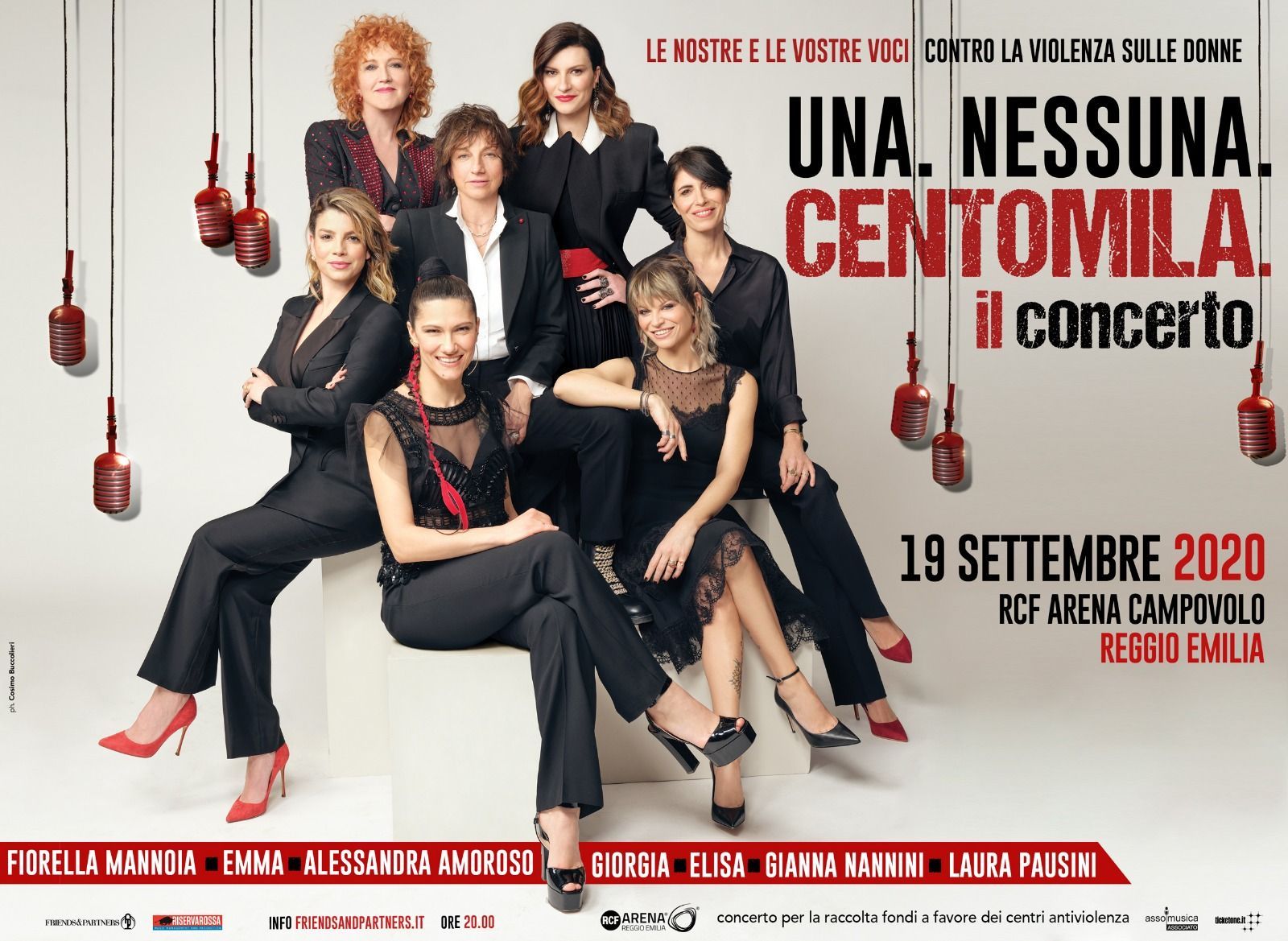 We are experiencing a difficult and complicated moment. But today, shortly after March 8, the date on which women are celebrated all over the world, it is right and important not to give up thanking heartily those 85,000 people who, despite these tough weeks, have decided to support such an important cause like that of anti-violence centers, to say forever is enough for violence against women.

An extraordinary result: 85,000 tickets sold in one month for “Una. Nessuna. Centomila. Il Concerto”, the first major musical event against violence against women, to be held on September 19 at the RCF Arena in Reggio Emilia and will see the 7 artists, Fiorella Mannoia, Emma, ​​Alessandra Amoroso, Giorgia, Elisa, Gianna Nannini alternate on stage , Laura Pausini, each with their own band.
The 7 female voices will not be alone: ​​each of them will invite a colleague, a man, because for such an important cause, the message that will leave the stage must be univocal, all together, men and women, against violence.
Una (One) because every time a woman fights for herself, she fights for all women. Nessuna (None) because no woman must be a victim anymore. Centomila (100.000) the number of voices that will join the 7 artists for the biggest musical event ever against violence against women.
A moment of celebration and sharing, which was born to give concrete help to the centers and organizations that support and support women victims of violence. The proceeds from the concert will be paid to structures selected on the basis of transparency and traceability criteria, structures capable of guaranteeing their own empowerment, ensuring the sustainability of the activities they carry out over time and providing solid and lasting support to the victims. The use of all the economic resources collected under “Una. Nessuna. Centomila. Il Concerto” will be reported and communicated in total transparency.
Tickets for the concert, organized and produced by Friends &amp; Partners and Riservarossa, are available on TicketOne.it and in the usual points of sale and presales.